Do you know the cold knowledge about skateboard sandpaper?

Although I try not to judge people by their appearance, I can't help but judge a skater's style based on their sandpaper patterns. Skateboard sandpaper is not just a functional skateboard part, it can also reflect a skater's personal style in many cases (for example, a skater with Burberry pattern sandpaper may have various late flips)... 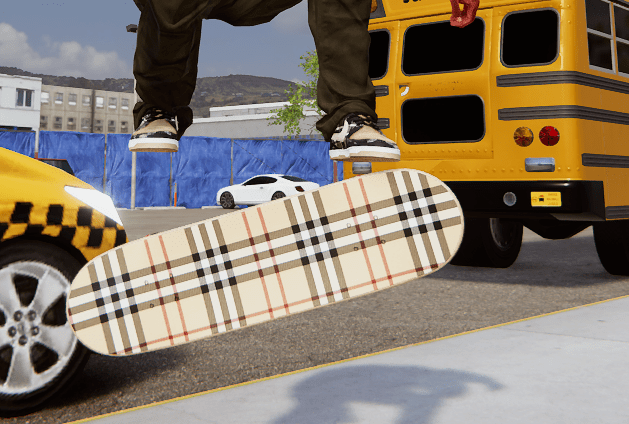 As a skater, sticking sandpaper must be very skilled, but few people will put forward a deeper thought about sandpaper: what is sandpaper made of? who made it? Is there any difference between the sandpaper of the Pro model? In this regard, this time we invited some sandpaper controllers, sandpaper manufacturers and sandpaper companies to introduce us to the past and present of skateboard sandpaper.

The history of sandpaper

In the 1960s, surfers brought surfing to land, and skateboarding was born. But people soon discovered that it was necessary to increase the friction between the skateboard and the sole in order to glide freely on the street and better control the skateboard, so the skaters began to spray a non-slip material called Slip Check on the surface of the shoe. On the board, Slip Check was a non-slip spray used on surfboards at the time. Some skaters are simple and rude, and stick the safety tape directly on the board. The effect is definitely not too slippery 2333. 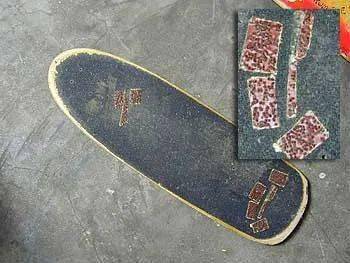 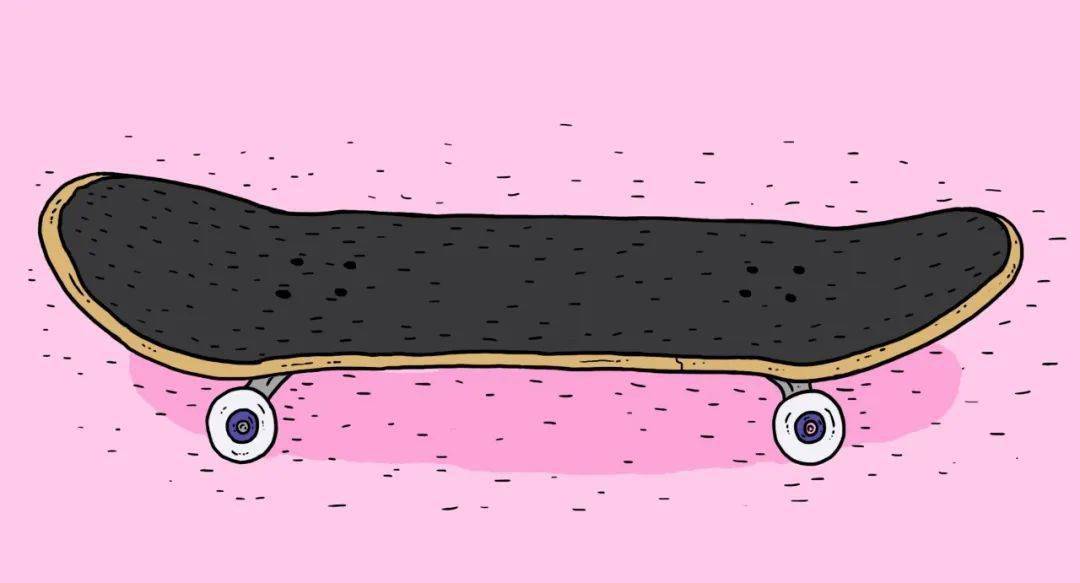 After Bud Smith got the first order from Powell Peralta, the skateboard industry market began to gradually globalize. Under his leadership, Jessup became the best-selling skateboard sandpaper brand in the market at that time. 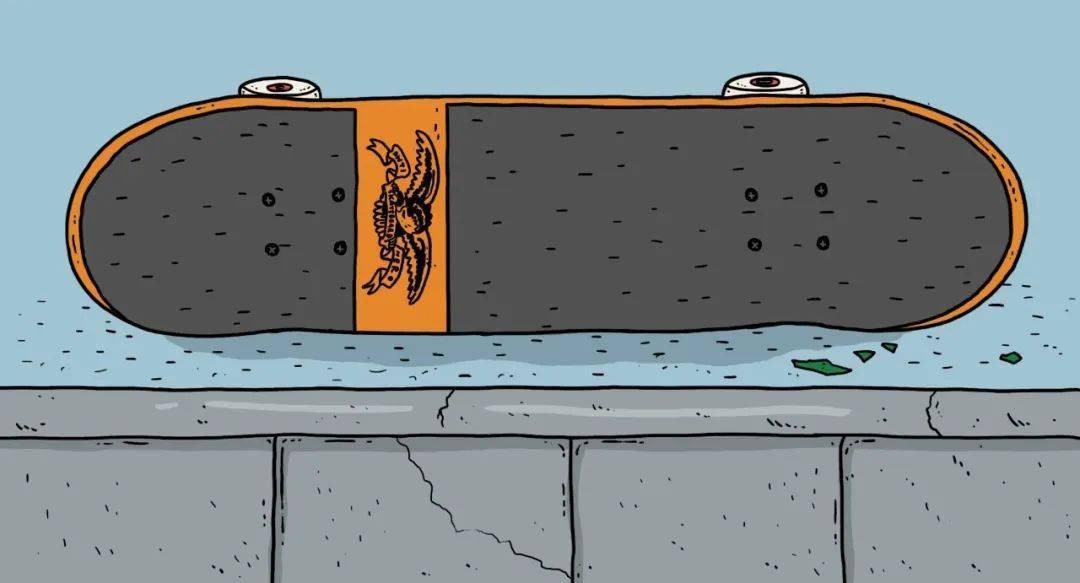 Although there are subtle differences in the roughness and width of sandpapers, such as Jessup sandpaper, Mob M-80 sandpaper, and standard Mob sandpaper, all have their own characteristics, but overall skateboard sandpaper is a fairly standardized skateboard product. The entire skateboard sandpaper industry is dominated by big names like Jessup, Mob and Grizzly, which are home-grown brands rooted in skate culture, while Jessup is an industrial brand that has entered the skateboard market from other areas.

According to ActionWatch data, this year, Mob sandpaper ranks first in the U.S. skateboard market, and Shake Junt sells better than Jessup sandpaper. For products like skateboard sandpaper, the profit margin is relatively low. Woody said that Mob sandpaper is made of the best materials in the industry, plus additional processes, equipment and labor costs, the average cost of each sandpaper is very high. high. Although the selling price of sandpaper has increased over the past few years, it has only increased by a dollar or two, so profit margins are still quite tight. 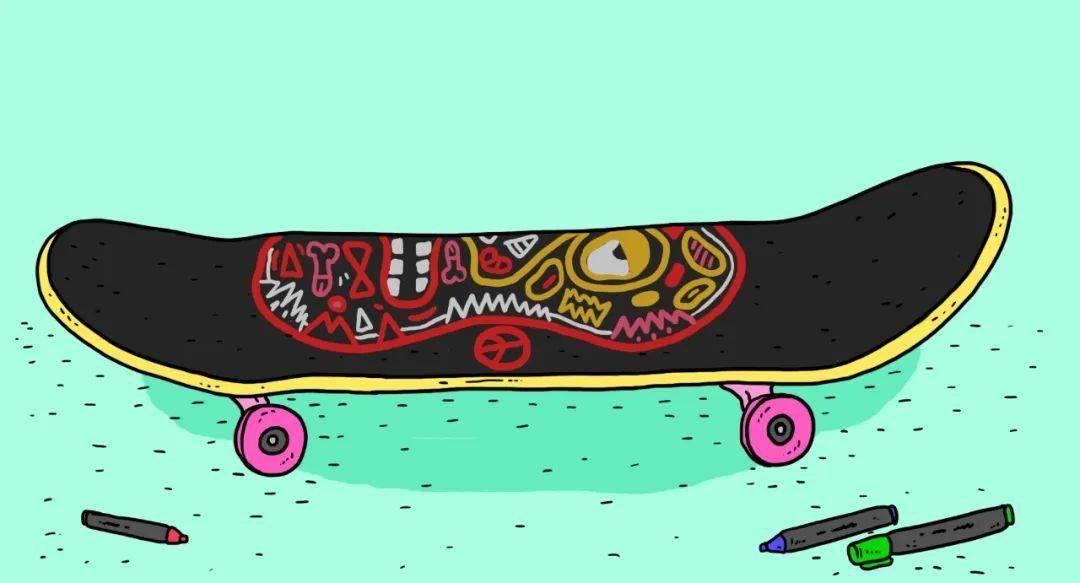 However, Paul soon realized that it was not so easy to get a production line of sandpaper products he wanted. Many times the manufacturers he negotiated with did not understand skateboards. Even if he could occasionally get some good product samples, but The actual product produced is yet another quality.

However, the hard work still pays off. With Paul's continuous efforts, he is now very satisfied with the products of a Taiwanese company, but he still does not recommend ordinary people to rashly establish their own sandpaper brand, especially not thinking about it to make a living. Paul said, "I think the market for skateboard sandpaper brands is close to saturation. If you want to make money by selling sandpaper, there are only two ways to go, or you can buy low-quality sandpaper products at a low price and sell them at a high price. , or small profits but quick turnover... My accountant is also very curious about how I survived this way!"

How should sandpaper brands break through?

The hollow bear pattern sandpaper and SpongeBob SquarePants spray pattern sandpaper seem to be sandpaper designs that have only become popular in recent years, but in fact, it has been available more than 30 years ago. As early as the 1980s, the Madrid Skateboards skateboard company had the idea of printing different patterns on sandpaper to improve recognition, so they carved a hollow mosquito pattern on the sandpaper and created the first sandpaper in history. The brand Flypaper also produced a joint shoe with Vans in 1987. Although the Flypaper brand still exists today, bear sandpaper is more common in this era. 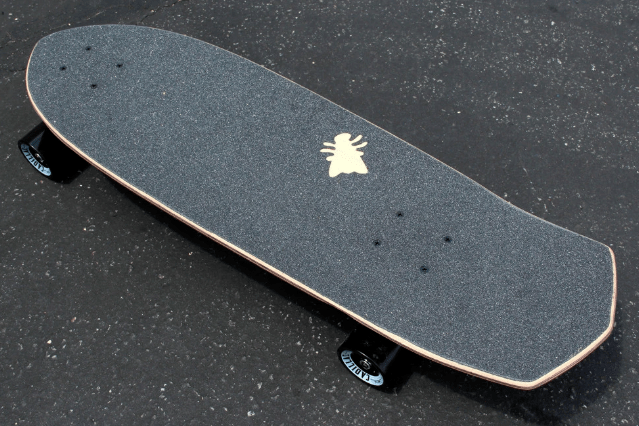 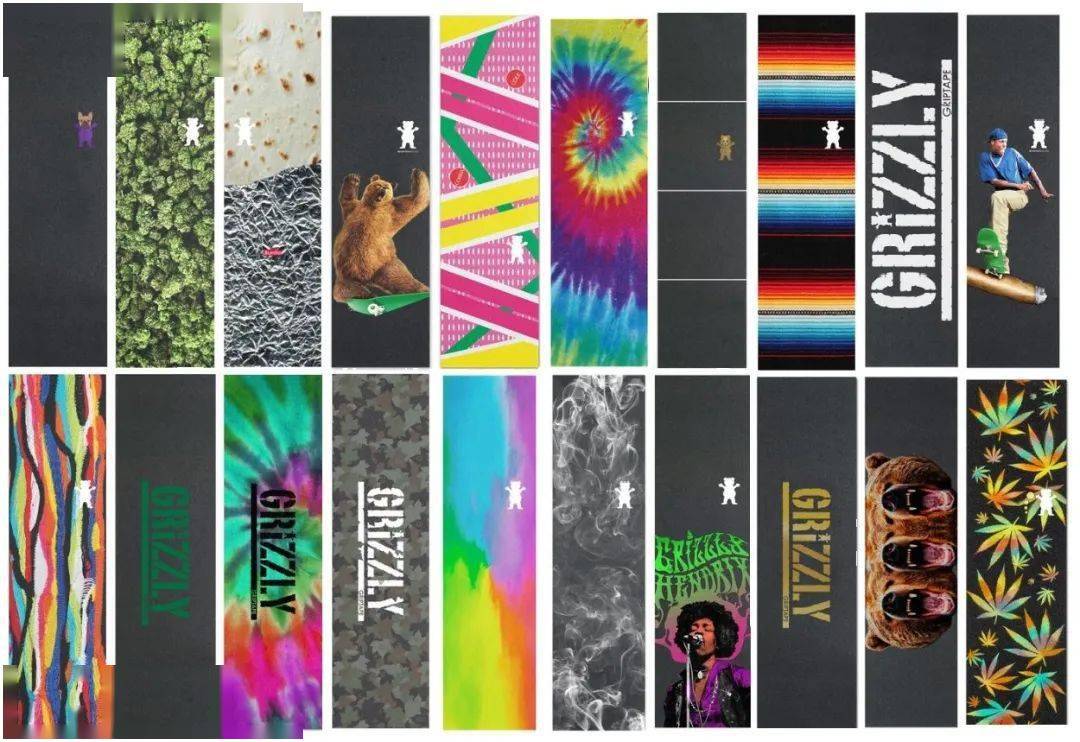 In addition to being innovative in colors and patterns, skateboard sandpaper brands will also impress everyone in other ways. For example, Shake Junt is the only skateboard sandpaper brand in the industry that will release a whole piece of sandpaper. Jessup announced some time ago that they are the "Official Sandpaper Sponsor of the US National Skateboard Team," while Mob claimed that they have "the best team in skateboarding." Obviously, they each have their own bright spots. 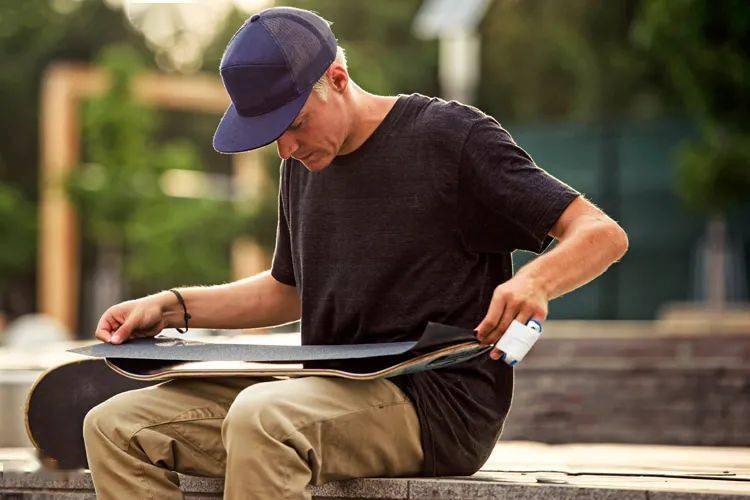 About the color of sandpaper

Rob Jessup, president and CEO of Jessup, said, "Over the past five years, sales of colored sandpapers such as clear sandpaper, white sandpaper, and other color sandpapers have increased significantly. Pro Signature and Artist Edition sandpapers It has also become popular. For example, Jessup's Signature Series adopts the joint design of artists Silas Baxter-Neal and Danny Wainwright, and Mob's sandpaper pattern also adopts the joint design of Nora Vasconcellos and Eloise Dorr. 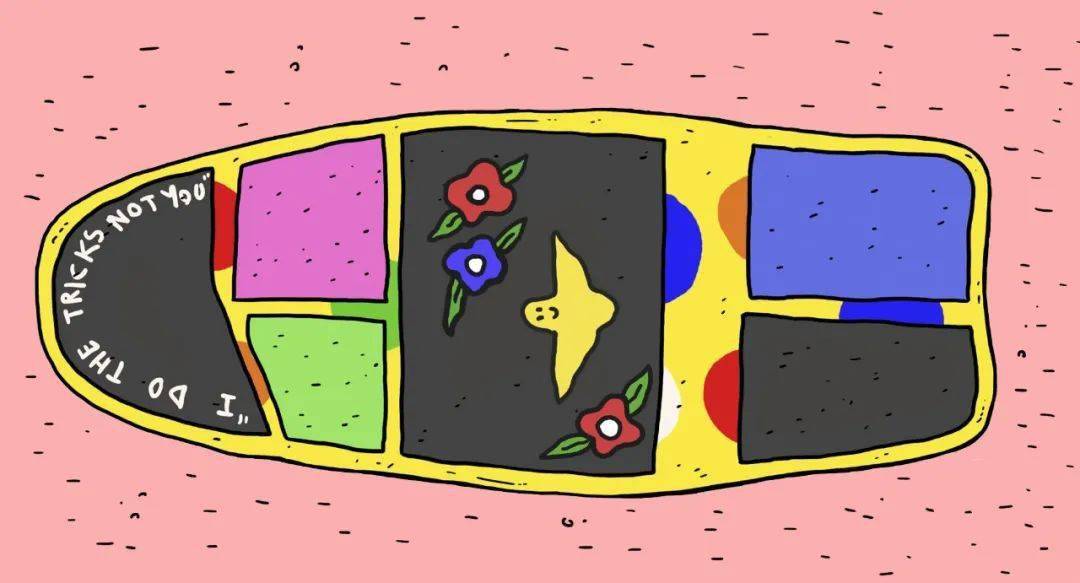 Even so, different people have different opinions on colored sandpaper. Dutch professional female skater Candy Jacobs once said that her passion for colored sandpaper has somehow led to some skate brands not treating her as a serious skater, which she thinks is a bit of a bummer.

According to Jessup's sales data, black sandpaper is still the mainstream product in the skateboard sandpaper market, but most sandpaper brands want to increase the retail price of their products by adopting new color schemes and designs, so as to squeeze more profit margins. 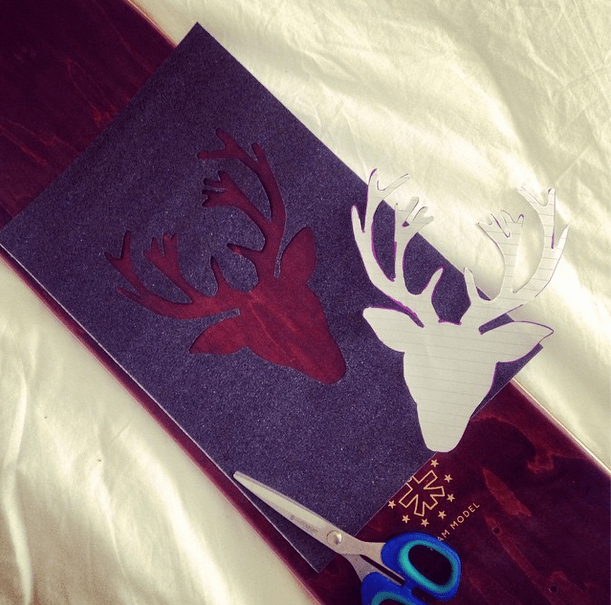 The future of skateboard sandpaper

In the history of skateboarding, there have been many skaters who wanted to "reinvent sandpaper". For example, in 1993, Simon Woodstock won the ninth place in the competition with a skateboard with a "carpet" on a sandpaper surface; Mob invented a device that prevents sticking bubbles. Sandpaper craftsmanship; Gou Miyagi uses a fabric-like material to skateboard; a German company called "Save Your Shoes" has launched a series of sandpaper products made from man-made fibers... Innovations are endless, but really meaningful innovations But very few.

In contrast, sustainable development is an issue that everyone is more concerned about, and brands like Jessup pay great attention to the use of recycled materials in the production process and aim to reduce environmental pollution. There will be more and more small and medium-sized sandpaper brands, like apparel and board brands will gradually transfer their patterns and designs from the bottom of the board (pattern side) to the top of the board (sandpaper side). Shane Maloney, head of production at Flypaper, said, “Now many non-sandpaper brands have also begun to enter the sandpaper market, such as RIPNDIP, and many board brands have also begun to print their own patterns and logos on the sandpaper. Everyone wants to compete for the surface of the sandpaper. this big cake." 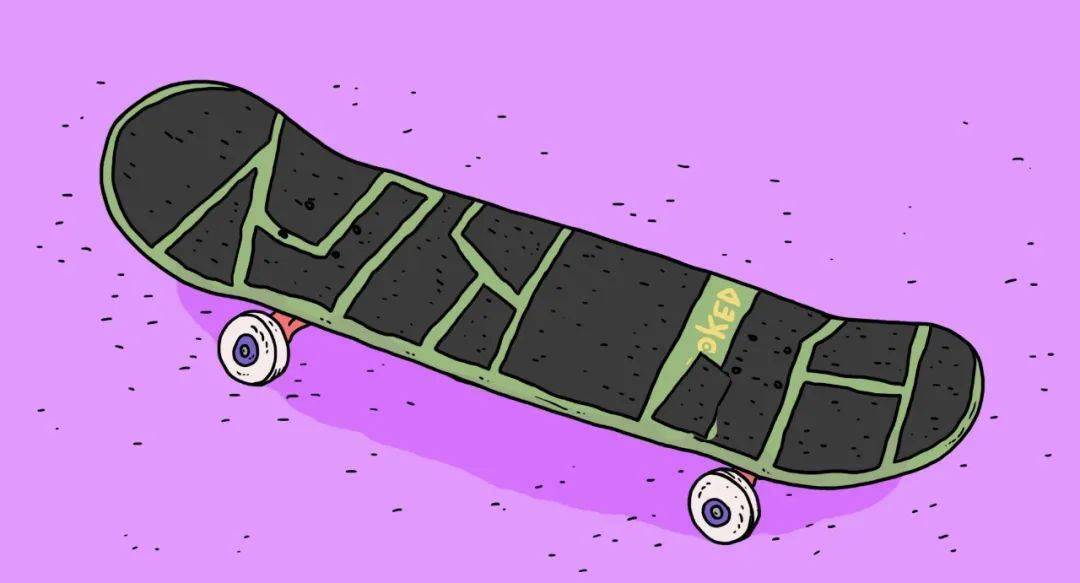 2022© All Rights & Copyrights Reserved By WOODSEN